This is the original, bunny strip Toad designed by Gary Merriman 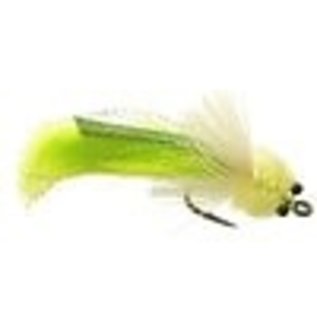 This is the original, bunny strip Toad designed by Gary Merriman (Fish Hawk, Atlanta). After several years, the only difference is minor: today's Toad is generally tied and fished slightly smaller than originally designed. And yesthe rabbit strip is correct, tied skin–side up. Tarpon see the strip from below the fly. The Toad Too has the marabou tail. Not much needs to be said about this original flyone of the two versions (bunny or marabou) is the very fly shown in the mouths of all tarpon in every magazine adhas been the winning fly (especially when fished by Andy Mill) in more tournamentsis well known by every guide in tarpon–land. It is the hottest pattern of all time for tarpon in the Keys and beyond.

Add your review
0 stars based on 0 reviews